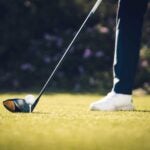 Unprecedented times have spurred many companies to roll out ideas they’d put on hold. Callaway had been considering offering free, over-the-phone fittings for a while; in early April, the time seemed right to get golfers, and their gear, dialed in.

The company launched “Distance Fitting” and tasked eight of its certified master fitters with getting on the horn for half-hour interviews with interested, often housebound and stir-crazy golfers to help them find the right stuff, from drivers to balls.

As of late July, about 800 people had gone through the process, including myself as well as a lonely trucker who just wanted to talk golf with someone — anyone — despite having no desire to, you know, buy anything. I filled out the surprisingly unfussy pre-fitting interview form (callawaygolf.com/distancefitting) and got an email confirmation and calendar reminder. The next day: Rrrrrinnnng! Right on time there’s John Mlynarski IV, who oversees the Distance Fitting project, to fit me to a driver that, as I’d requested on my form, would get me bombing it past my 12-year-old son. I am not proud.

All of our market picks are independently selected and curated by the editorial team. If you buy a linked product, GOLF.COM may earn a fee. Pricing may vary.

John proved not just interested but interesting. Having learned that I was a college tennis player, he asked me what qualities I prefer in rackets — turns out, there’s often correlation between the things we like in equipment across sports. I’m partial to a maneuverable head on the court; likewise, on the course I don’t like the sense that the club is swinging me.

After more probing questions and trenchant comments, John talked me through the Mavrik line. He guided me toward and recommended for purchase the standard Mavrik with a mid-weight shaft rather than the low-spin, popular-on-Tour Sub Zero (might exacerbate my fade) or game-improvement Max version (too quirky for my traditional tastes), with some surprise twists: an inch shorter than standard at 44.5 inches and, for less backspin and more ball speed, 9 degrees of loft, one less than usual for me. For me. That’s still what it felt like, despite phone-to-ear rather than club-in-hands.

A former executive editor of GOLF Maga­zine, Rothman is now a remote contract freelancer. His primary role centers around custom publishing, which en­tails writing, editing and procuring client approval on travel advertorial sections. Since 2016, he has also written, pseudonymously, the popular “Rules Guy” monthly column, and often pens the recurring “How It Works” page. Rothman’s freelance work for both GOLF and GOLF.com runs the gamut from equipment, instruc­tion, travel and feature-writing, to editing major-championship previews and service packages.