Christmas Traditions around the World are surprisingly varied. For most of us in the Western World, Christmas is all about celebrating Jesus’s birthday with presents and time spent with family.

Stockings hanging on the wall beside a roaring fire and a carrot and mince pie on a plate waiting for Father Christmas and Rudolph. Personally, I was always worried about Santa burning the soles of his feet as he slide down our chimney into the fiery hearth.

Christmas Day started with a flurry of present opening; cheap, shiny paper going up in the air in a swirl of fragments as I tore into the Christmas goodies. Then preparing for the arrival of various aunts, uncles and cousins, prepping the veg; peeling and cutting crosses into the stems of the Brussels sprouts.

Finding as many chairs and benches as possible to put around the table, to accommodate all the tissue paper hat-wearing family members and then sitting quietly at 3pm to watch the Queen (God rest her soul).

This was normally followed by a game of Charades by the younger family members as uncles snoozed in high-backed armchairs. Not much has changed over the decades, except that Charades has been replaced with Who Am I, where we close our eyes and someone puts a mask on us and we have to guess which celebrity we are. 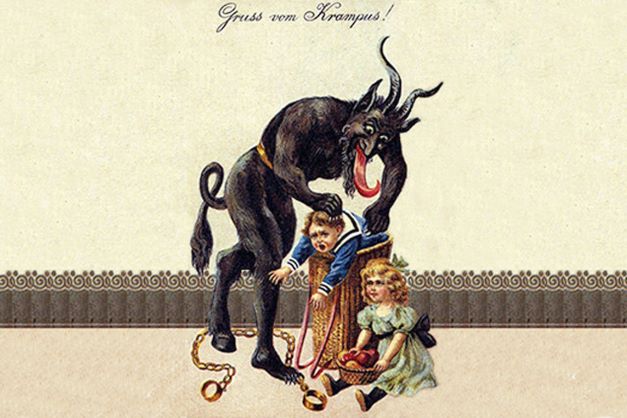 Christmas Traditions around the World have changed over the years, but there are still some very unusual Christmas Celebrations and Characters from around the world.

Take for instance the legend of Krampus, a horned, long-tongued monster who was half goat and half demon. Originating in Germany, he came in the night to visit naughty children in Alpine countries. He brought with him; chains and a wicker basket to whisk away the wrong-doers.

He is the son of Hel, the Norse God of the Underworld, and was the devilish companion to St Nicholas. On December 5th, while St Nick was rewarding all the good children, Krampus was whipping the bad children with birch canes or branches and stealing them away to Hell to eat them all up.

The next morning, on St Nicholas Day, children would wake to find a wealth of presents, or be nursing their injuries. And we thought it was terrible if we found coal in our stockings! 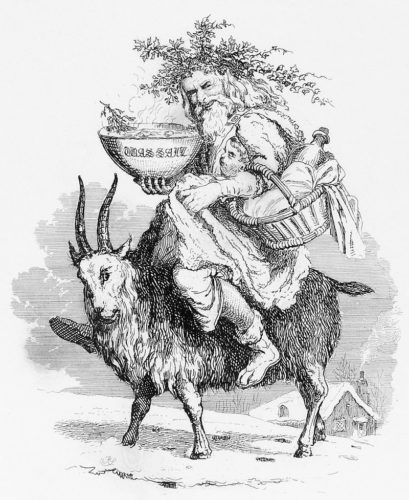 In Sweden, the story of the Yule Goat is a local tradition that dates back to the 11th Century. The goat was seen as an invisible spirit that would come and ensure that the Yule preparations were done right.  Yule itself is the Old Norse festival of Odin, which evolved to become Yuletide and then Christmastide.

The Yule Goat is another Pagan residual, that marks the Sun returning to the house of Capricorn, and the dark days, getting longer again. A kid goat would be sacrificed to the Norse god Thor (or Saturn/Njord) to represent the Horn of Plenty and the coming longer days of harvests and more plentiful food. This goat tradition has survived in parts of Europe from Scandinavia right across to the Slavic countries.

Since 1966, Swedes have built a Gävle Goat, a massive straw goat about 42 feet (13 metres) tall and weighing about 3.5 tonnes, decorated with red ribbons.

Here are a few of the other unusual traditions around the world that you might be surprised to hear about:

Let us know your Christmas Traditions around the World in the Comments below.