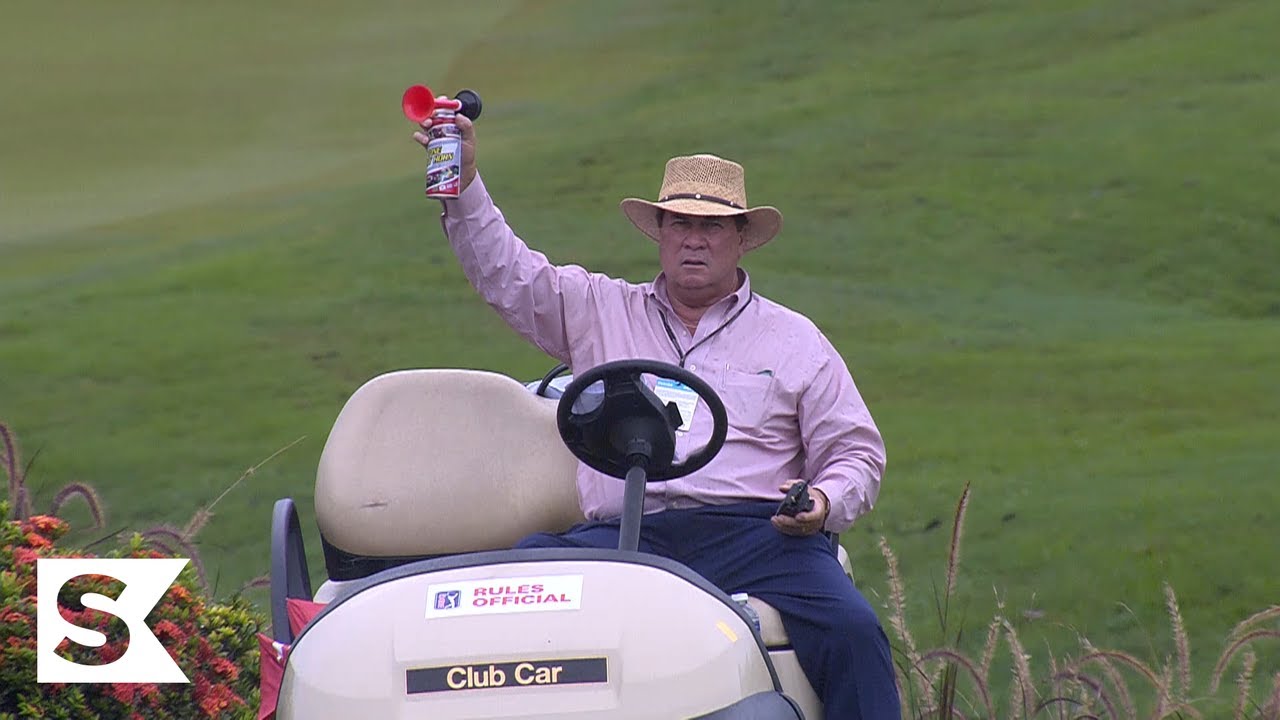 Norman and Slugger became friends during Norman’s playing days, and when looking for someone to manage his rules and competition team, Norman landed a two-for-one deal.

He not only got a ton of experience and know-how, but gathered some industry headlines by hiring a longtime, highly visible, and very respected veteran of golf’s biggest player — the PGA Tour.

At 72, and possibly thinking his productive years had been traded for gardening and walks around his Ormond Beach neighborhood, Slugger says it’s nice to be deemed an ongoing commodity.

“Yeah it really is. I appreciated him reaching out to me and asking if I’d consider something like this,” Slugger says. “Thought about it long and hard. Shelly and I talked about it. She felt like it was a nice opportunity and nice of Greg to think about me and reach out.

“Then I thought, you know what, this is something that I know, and it’s just a new chapter.”

LIV Golf is generally viewed as a potential major disrupter in worldwide professional golf. Its initial $200 million investment involves a series of 10 tournaments, beginning next year, under the umbrella of the Asian Tour.

“They’re concentrating on those 10 events on the Asian Tour right now, and that’s pretty much all I know,” Slugger says. “I’ll just wait for them to tell me where they want me to go.”

For now, you’re unlikely to hear much about this new “golf league” at the barber shop, diner, or even inside the 19th hole, but within the walls of golf’s upper chambers (especially the PGA and European Tours), this is the equivalent of Russian troops massing on the border of Ukraine. Except, with regards to the PGA Tour, much closer to home.

Since winding down his playing career some 20 years ago, Greg Norman has focused his legendary energy in a variety of business arenas — real estate, hospitality, wine, apparel, and course design among them. The seeds of this new golf venture actually trace back to the peak of his playing days, when he pitched the idea of a “World Golf Tour” where only the world’s top players would compete.

As the world’s longtime top-ranked golfer (in spite of those near-misses in majors) and household name, he could throw around some weight, but the PGA Tour saw it as a threat (it was, of course) and basically shut down the discussion. Soon thereafter, however, the PGA Tour birthed a series of exclusive events called World Golf Championships — what many called a blatant ripoff of Norman’s idea — and the WGC concept is alive and very well today.

The WGC roll-out in the mid-’90s officially ended any pretend friendship Norman was maintaining with the PGA Tour’s higher-ups. And now, all these years later, golf’s Great White Shark is circling again. For now, he’s keeping it all board-roomy, complete with the type of C-suite language with which he’s become familiar.

“As we pursue our goal of enhancing the global golf ecosystem, we are  focused on building upon our strong foundation of sustainable growth,” was one quote mixed into the announcement of hiring Slugger and a couple other execs.

Slugger said he and Norman, about 30 years ago, “struck up a friendship and it’s remained that way ever since.”

In fact, several years back, when Norman dusted off the clubs and returned to his homeland to play the Australian PGA, he asked Slugger to come along and caddie for him. Slugger got a good dose of the man who earns the Shark label with his inability to sit still for any stretch of time.

“He never stops. He’s full-bore,” Slugger says. “We’d play a practice round or a tournament round. We’d come back to the house, he’d get in the shower and then have a meeting for some type of business deal, so he’d leave. I’d go to bed before he got back, then early the next morning I get up and he’s at the computer saying, ‘coffee’s on.’

“He’s non-stop. Always been that way.”

And now he’s armed with a deep well of Saudi cash to go along with a desire to put his stamp on worldwide golf, much as he tried to do 25 years ago.