John Upton, a revered photographer, influential educator and co-author of a seminal textbook on photography, died Dec. 7 in Petaluma. He was 88.

Upton was a key developer of the photography program at Orange Coast College in Costa Mesa. He started as a faculty member there in 1960, taught photography as a full-time professor from 1965-99, served as chair of the department from 1965 to 1975, and instructed at OCC for more than 40 years. He retired in 1999, but continued to teach at OCC part time until a few years ago.

“He was a great spokesman and promoter of the photography program in general,” said Blade Gillissen, the current chair of OCC’s photography department. “He took it from being an everyday community college photography program into the School of Photography at Orange Coast College. Without John Upton, the program wouldn’t have been what it became. There is no one who has brought us as much recognition as John Upton did.”

Cover of the textbook, “Photography,” which John Upton co-authored with Barbara London, first published in 1976. It’s now in its 12th edition with 1.5 million copies in print.

In addition to teaching and influencing generations of photographers, Upton co-authored the book “Photography” with then-wife Barbara London. The book was originally published in 1976 and is now in its 12th edition, with more than 1.5 million copies in print.

“Photography” covers all the technical aspects of photography, such as aperture, depth of field, shutter speed and film speed. But it also examines the history of photography, the use of light, the “zone system,” color, developing, printing and mounting. Later editions cover the various aspects of digital photography, photo editing and computer printing.

“It was an all-encompassing, very well done book,” Gillissen said. “As chair of the department, I go to a lot of people’s houses, photographers and people who are interested in photography. I’ve seen it on every single book shelf of every photographer I’ve ever known.”

An installation view of John Upton’s “Jungle Road” series, 2005-14, as it looked in Orange Coast College’s survey of the photographer’s work earlier this year.

Tyler Stallings, director of the Frank M. Doyle Arts Pavilion at Orange Coast College, curated the first survey of Upton’s fine art photography, which was on view at OCC from January until the pandemic shut the campus down in mid-March.

“As a photo educator, he’s very important, producing the book that’s still being used throughout the country,” Stallings said. “As a photographer, he’s always been making work. He just hadn’t had the time, as much as he would like, to show it.”

The exhibition “Right Place, Right Time: A Survey of John Upton’s Photographs” presented selections from four main bodies of work: early photographs; “Japanalia,” documenting trips to and cultures within Japan; “Jungle Road,” capturing jungle and volcanic landscapes; and “Petaluma,” where he lived on the same property as his daughter Sean through his dying days. He passed away from chronic obstructive pulmonary disease, or emphysema, Sean Upton said.

“Part of my motivation was to organize something he could experience when he was alive, so he could see all his friends and colleagues and share his work, which I think has been overlooked,” Stallings said.

Upton was born in 1932 in Iowa. He moved with his family to the San Fernando Valley when he was 5, and was raised in North Hollywood.

At 18, he convinced his dad to take him to a sold-out lecture on photography by Ansel Adams. His father, a San Fernando Valley newspaper publisher, wished that his son would go into journalism. But when he witnessed how important photography was to so many people, the elder Upton let John attend the California School of Fine Arts (now the San Francisco Art Institute) at age 19, from 1951-52. There, he studied and associated with now-legendary photographers Minor White, Adams, Imogen Cunningham and Edward Weston.

This black-and-white portrait of John Upton as a younger man was taken by his mentor and noted photographer, Minor White. Upton always liked this image.

Upton was drafted into the Korean War in 1952. After he was discharged from the Army in 1955, he became White’s first resident student in Rochester, New York. At the University of Rochester, he studied with noted photo historian Beaumont Newhall. He also worked time-to-time as an unpaid intern at the George Eastman House and helped White type his early issues of Aperture magazine.

Upton returned to California and earned bachelor’s degrees in art history and education from Cal State Long Beach. He did graduate work in contemporary and Asian art history, and thus began his career as an educator. In 1976, he and Barbara London co-wrote “Photography,” which they updated continually and is widely used in colleges to this day.

Upton moved to Orange County in the 1960s and lived in San Clemente, Laguna Niguel and Laguna Woods. In addition to teaching at Orange Coast College, he taught at UCLA, Cal State Fullerton and the California Institute of the Arts in Valencia.

“He was a dedicated professor and a premier photo historian,” Sean Upton said. “He was a hard worker, all the way up until he passed.”

While living in Southern California, he became best friends with Robert Heinecken, another influential photographer, artist and educator. Heinecken founded the photography program at UCLA in 1962.

After decades in Orange County, Upton relocated to Petaluma in Sonoma County 2 1/2  years ago to be closer to family, Sean said. 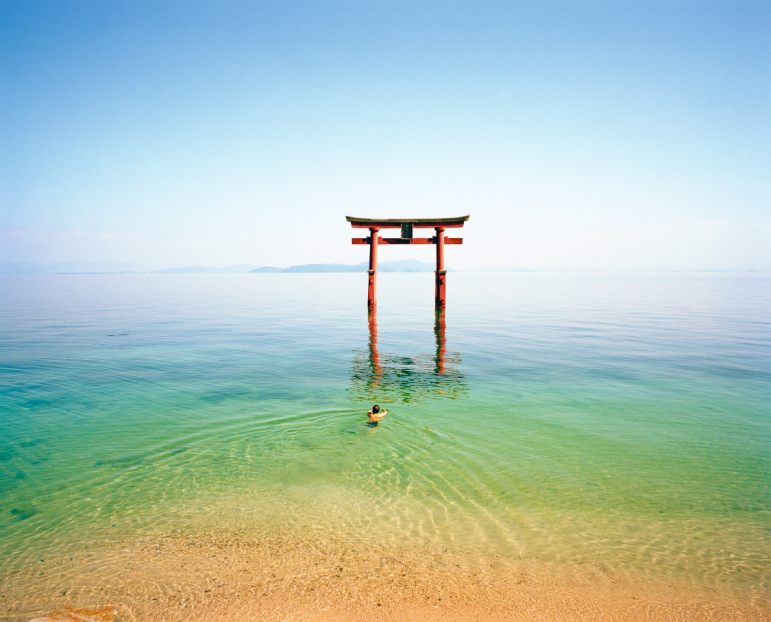 This photograph by John Upton is from the Japanalia series, Lake Biwa—Swimming Shaman, 2000-2004. It’s an archival pigment print, and was on view at OCC’s Doyle Arts Pavilion earlier this year. 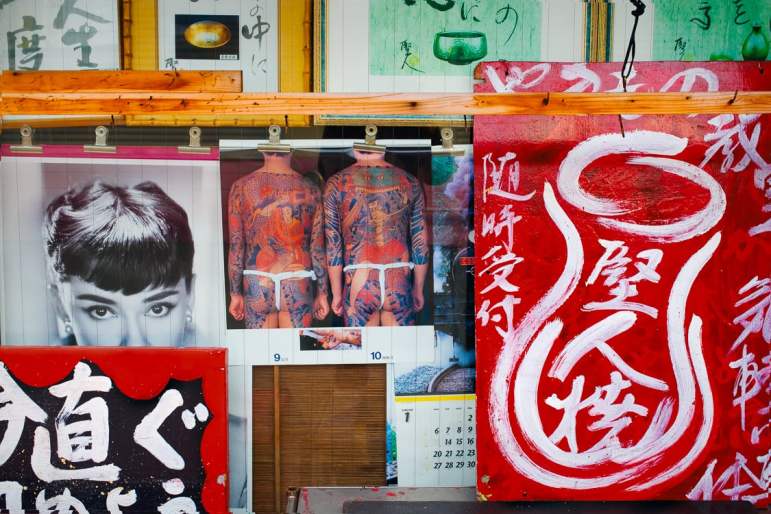 “Asakusa, Tokyo,” 2000-2004, an archival pigment print mounted, from John Upton’s “Japanalia” series, which was on view at OCC’s Doyle Arts Pavilion from January through mid-March of this year.

Upton curated a number of exhibitions for museums and galleries during his career, including “Color as Form: A History of Color Photography” in 1982 at the International Museum of Photography at the George Eastman House, and at the Corcoran Gallery in Washington, D.C. His prints are in the collection of the Metropolitan Museum of Art in New York and the Massachusetts Institute of Technology.

“He always had an eye for photographs, right up until the day I took him to the hospital,” daughter Sean said. “He was also a spiritual man, and studied with a zen master, (Joshu Sasaki) Roshi, for many years and exposed us to that philosophy when we were growing up.”

In 1988, Upton received the UC Riverside’s California Museum of Photography Members Award for contributions to the history of photography and education. He served as a trustee of the Society for Photographic Education and the Friends of Photography during the 1970s, as well as a panelist and consultant for the National Endowment for the Arts from 1978-80.

In March 2020, the Society for Photographic Education honored him as “educator of the year” during its annual conference in Houston, Texas. 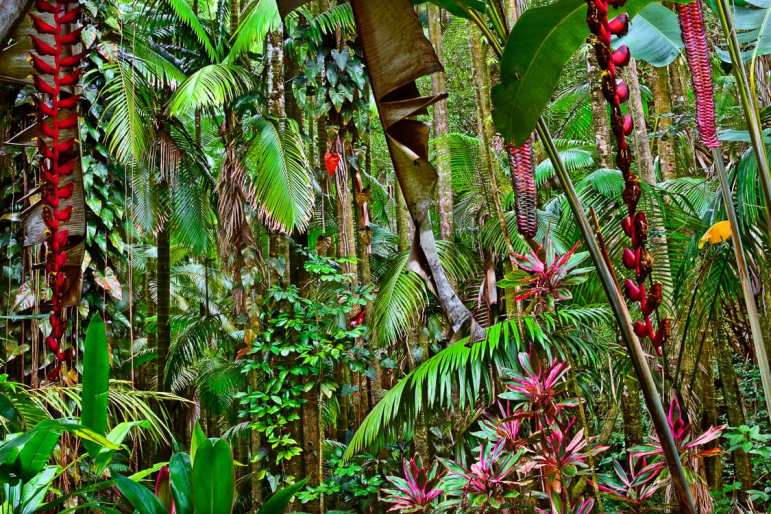 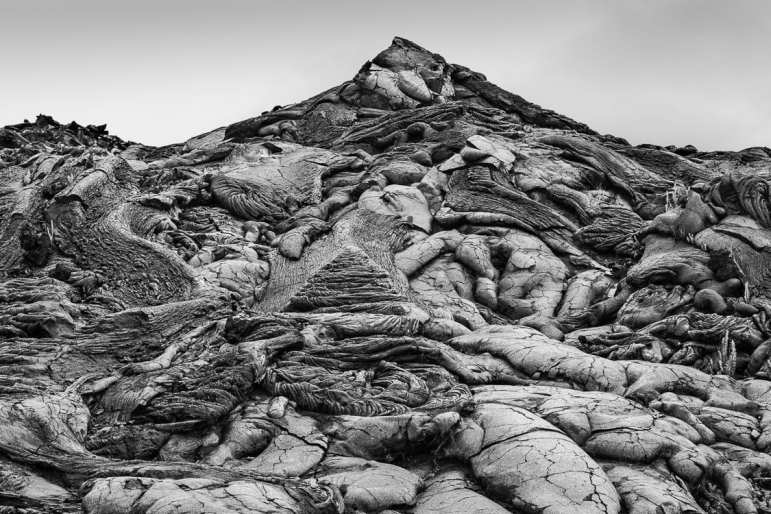 An image by John Upton depicting lava flow at the end of his “Jungle Road” sequence, 2000-2004. Archival pigment print.

“Working with John — it’s like the joy of working with any elder,” Stallings said of his experience curating Upton’s work. “They have all this experience and all this knowledge, even if it’s simply through anecdote. As a younger person, it was a real treat to feel a real connection, and also to hear about many of these people that you see in the photo history books.

“When you talk to somebody who knew them, you kinda hear the day-to-day dealings with them. Those kind of things were helpful insights: to have a behind-the-scenes look at these people who have become historical figures.”

And now Upton has become a historical figure himself. He is survived by his daughters, Erica and Sean, his sons-in-law and three grandchildren.

“He loved his three granddaughters, invested in their education, and shared stories about them with his friends,” Sean Upton said.

Services for Upton are pending, she said.

Stallings and the Doyle Arts Pavilion produced a 13-minute video on the occasion of the John Upton exhibition at Orange Coast College (below).

Richard Chang is senior editor for Arts & Culture at Voice of OC. He can be reached at [email protected].

Why Is Education Important